To start with the keyword metatag: this specific metatag is obsolete. Google and other search engines no longer consider the keywords meta tag for ranking

The word “keyword” is subject to a HUGE point of confusion.
Keywords and phrases within other areas of the page, in contrast, are highly important.

Keywords are still a huge part of your SEO stragegy.

The Keyword Tag has
no SEO influence!

To better understand, let’s talk about the history of meta keyword tags and why they were created. Before Google, search engines were very basic. They crawled the web and created a searchable database, similar to today’s search engines, but, were not very intelligent. We had Altavista, Lycos, Yahoo, WebCrawler, Infoseek and other early, mostly defunct search engines. These engines crawled the web and used the meta tags including the keyword meta tag to know what topics a website was about.

This meta keywords element is invisible to visitors but was visible to search engines. The keywords you put into this element’s content attribute would then be used as a ranking factor by the search engines. Used… over 20 years ago!

If this sounds like you’re asking AltaVista and Yahoo directly to just rank you for whatever keyword you want. People started spamming this keywords element and search engines began ignoring it. In September 2009, Google announced officially what was true for years back then: “Google does not use the keywords meta tag in web ranking”.

The Bing Webmasters even implied that using the keyword tag the wrong way could work against you, because it’s rather seen as a spam signal than a ranking signal.

Now remember: it’s just the keyword metatags that has been obsolete. Don’t believe all those SEO Guru’s who say all metatags are dead.

Continue reading about the import metatags.

We offer affordable SEO services that are fast and effective.

It's not that difficult to create  meta-tags. We've made it simple for you by offering you this free meta-tags wizard.

You've created the perfect meta-tags. Now it's time to let the world know your  website is open for business.

Rely on the experts. We create the perfect meta-tags for you. Build around the perfect keywords attracting the right customers.

Contact our Customer Service representative to make an appointment and to answer all your questions! Let us help find your most effective keywords.

Best ways to promote your podcast

Posted by MetaTagsFebruary 6, 2023
source: Pexels You’ve come to the right place if you want to understand how to promote your podcast and grow…
Read More

Posted by MetaTagsFebruary 3, 2023
Email marketing continues to be one of the most effective ways for businesses to reach their target audiences. However, as…
Read More 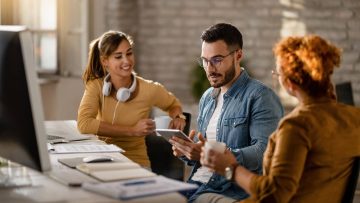 Online Marketing: How Does Math Help in Marketing?

Posted by MetaTagsJanuary 17, 2023
Image by Freepik. Marketing teams need to have an understanding of mathematics. Even if marketers see themselves as creative people,…
Read More